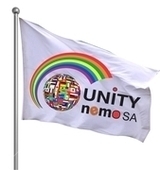 Welcome to Church on the Rise Blouberg's page

A family church, where young and old come together to share, experience and celebrate their love and faith in Jesus Christ.

A cosmopolitan family, which encompasses people of different ages, gender, race and languages which experience unity in diversity in the body of Christ.

Our vision: ‘Ekteino’ means ‘Reaching out’. Representing the hands of Jesus, we endeavour to reach all those experiencing emotional, spiritual and physical needs within and outside the church.

You are most welcome to join us, as we journey together with great expectation (desire), hope and faith (firm believe and trust), knowing that the best is yet to come!

- The Deed of sale stated that if the assembly did not erect a place of worship or part thereof before a period of 4 years had
- expired then the municipality reserved the right to expropriate the land i.e.(04/08/2003)
- In March 2003 the Lord gave Brad Espin a dream showing an investor coming to him with an offering to provide the finances to——-build the church with the condition to build immediately.

- Brad shared this dream with the assembly at the Good Friday service conducted in his home, (83 Augusta Road, Augusta Place —–Sunningdale) because the Bloubergstrand Library Hall was not available to conduct a service.
- This dream generated new enthusiasm among the members and whilst on leave in Jul 2003 Brad had to return to finalize the ———building plans because construction commenced in August 2003 on erf 10224.
- The assembly held its final thanksgiving service in the Bloubergstrand Library Hall on the 21/03/2004, a venue that had been
- used since 1990(14 years).

- The assembly held its first service in the new church on the 28/03/2004 and has since experienced the favour and grace of our ——Lord Jesus Christ.
- God gave Brad the words ‘Reach out’ in the year 2000
- In 2007 Blouberg assembly officially launched its vision and new name – AFM Blouberg Ekteino Assembly. The greek word -
–‘Ekteino’ means to reach out or stretch forward and in Matt 14:31 Jesus reached out and caught hold of Peters hand who was ——–sinking.

- Reach out and impart the communities spiritual, emotional and physical needs in accordance with the Word of God

ABOUT US
Back to Listing Back Home 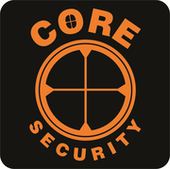 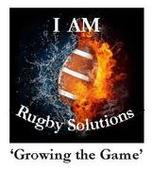